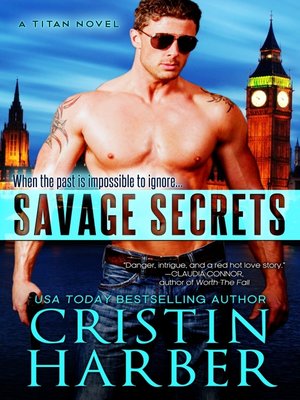 Caterina Cruz has no home. No loyalties. No objection to exacting torturous revenge. Her life's mission is to destroy the terrorist who murdered her family. Then she steps into an elaborate game of charades alongside a Titan Group operative posing as an arms dealer—and her newlywed husband. The sexy distraction may be more than she can handle.

Attacked with a psychedelic drug weeks before, Rocco Savage is plagued with hallucinations that threaten his new rank as Titan's second-in-command. No one knows and he wants to keep it that way. Throwing him further off his game, he now has a wife with her own secrets he can't crack and an agenda he can't control.

Their mission—an elaborate deception of heated glances and passionate kisses—spins out of control. With Rocco's mind already compromised, can he keep his secret and his distance? And with Caterina's tragic past controlling her every move, can she keep the con up long enough to secure her revenge? Or will both go down in flames?