The Collected Stories of Frank Herbert 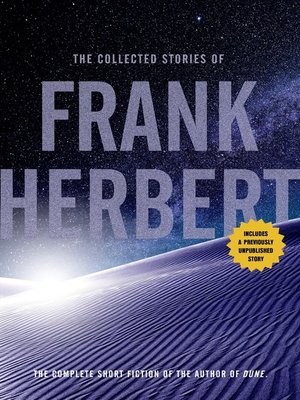 The Collected Stories of Frank Herbert is the most complete collection of Herbert's short fiction ever assembled-thirty-seven stories originally published between 1952 and 1979, plus one story, "The Daddy Box," that has never been appeared before.

Frank Herbert, the New York Times bestselling author of Dune, is one of the most celebrated and commercially successful science fiction writers of all time. But while best known for originating the character of Paul Atreides and the desert world of Arrakis, Herbert was also a prolific writer of short fiction. His stories were published individually in numerous pulps and anthologies spanning decades, but never collected. Until now.
At the Publisher's request, this title is being sold without Digital Rights Management Software (DRM) applied.