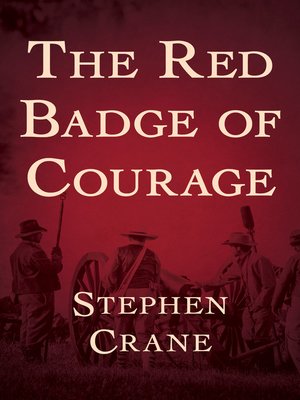 View more libraries...
The finest novel of the Civil War, and one of the greatest battle stories ever told
The question of courage enters Henry Fleming's mind the moment he dons the blue uniform of the Union Army. But his first firefight reveals the emptiness of words such as bravery and fear. Pinned in by his comrades, he can only fire his rifle like a cog in a machine. There is no chance to run.
Then comes the true test. Waking from a nap, Henry sees the enemy advancing once again. Gripped by an unshakable terror, he flees—from his regiment, from duty, from everything he wanted to believe about himself. A corpse bears witness to his shame.
The nightmare has come true. Henry Fleming is a coward. Only one thing can save him now: a visible wound, the red badge of courage. With his regiment's colors in hand, Henry looks the enemy in the eye—and charges.
Stephen Crane was born six years after Lee's surrender at Appomattox and had yet to see a battlefield when he wrote The Red Badge of Courage. Nevertheless, the novel is widely regarded as one of the most realistic depictions of war ever published, and a masterpiece of American literature.
This ebook has been professionally proofread to ensure accuracy and readability on all devices.