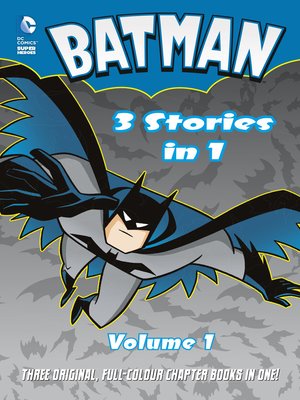 This Batman 3 in 1 story collection contains 3 great Batman adventures: Arctic Attack, Catwoman's Halloween Heist and The Man Behind the Mask In Arctic Attack, while researching the Arctic for a school project Robin learns that something is melting the glaciers—and it's not just global warming! With Batman's help, Robin discovers that eco-terrorist Ra's al Ghul is behind the polar heat wave. To prevent an environmental disaster, the Dynamic Duo must brave the icy tundra and stop his evil plan. In Catwoman's Halloween Heist, Batgirl and Robin are invited to the biggest Halloween party of the year. But when they arrive at the party, hosted by a strange collector of Halloween artefacts, suddenly all the lights go out! When they come back on, his prized artefact, a black cat made of diamonds, is missing! One of the masked guests must have stolen it, and Batgirl and Robin must capture the cat burglar. In The Man Behind the Mask, many years after the death of his parents, Bruce Wayne comes face to face with their killer—Joe Chill. While chasing down the cold-blooded crook, Bruce recalls the story of his own past and how he became the world's greatest crime fighter ... Batman!

Batman 3 Stories in 1, Volume 1
Copy and paste the code into your website.
New here? Learn how to read digital books for free