I Am Having So Much Fun Here Without You 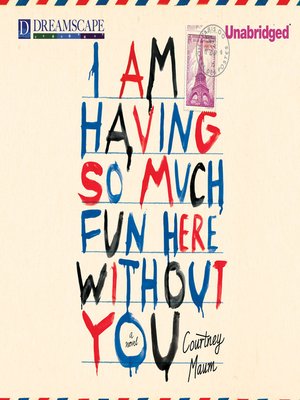 Despite the success of his first solo show in Paris and the support of his brilliant French wife and young daughter, thirty-four-year-old British artist Richard Haddon is too busy mourning the loss of his American mistress to appreciate his fortune. But after Richard discovers that a painting he originally made for his wife, Anne, has sold, it shocks him back to reality and he resolves to reinvest wholeheartedly in his family life - just in time for his wife to learn the extent of his affair. Rudderless and remorseful, Richard embarks on a series of misguided attempts to win Anne back while focusing his creative energy on a provocative art piece to prove that he's still the man she once loved.

Fiction Literature
I Am Having So Much Fun Here Without You