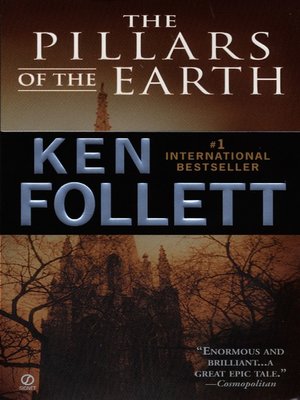 The Pillars of the Earth

FictionHistorical Fiction
If you liked the Century Trilogy, you'll love the "extraordinary . . . monumental masterpiece."—Booklist, that changed the course of Ken Follett's already phenomenal career.
"Follett risks all and comes out a clear winner," extolled Publishers Weekly on the release of The Pillars of the Earth. A departure for the bestselling thriller writer, the historical epic stunned readers and critics alike with its ambitious scope and gripping humanity. Today, it stands as a testament to Follett's unassailable command of the written word and to his universal appeal.

The Pillars of the Earth tells the story of Philip, prior of Kingsbridge, a devout and resourceful monk driven to build the greatest Gothic cathedral the world has known . . . of Tom, the mason who becomes his architect—a man divided in his soul . . . of the beautiful, elusive Lady Aliena, haunted by a secret shame . . . and of a struggle between good and evil that will turn church against state, and brother against brother.

Ken Follett is one of the world's most successful authors. More than 160 million copies of the 30 books he has written have been sold in over 80 countries and in 33 languages. Born on June 5, 1949, in Cardiff, Wales, the son of a tax inspector, Ke...

More about Ken Follett
The Pillars of the Earth
Copy and paste the code into your website.
New here? Learn how to read digital books for free