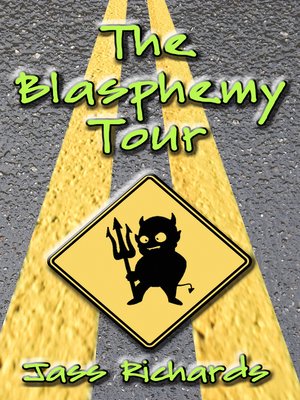 In The Road Trip Dialogues, the prequel, Rev and Dylan are charged with blasphemy for adding "'Blessed are they that taketh and dasheth thy little ones against the stone.' Psalms 137:9" to a Right-to-Life billboard just outside Algonquin Park. As a result of a well-publicized court trial, the American Atheist Consortium offers an all-expenses-paid speaking tour of American Bible Colleges.

"If I were Siskel and Ebert I would give this book Two Thumbs Way Up. Yes, it is blasphemy toward organized religion, but it gives you tons of Bible verses to back up its premises. And besides, it's pure entertainment. There's a prequel which I recommend you read first: The Road Trip Dialogues. I only hope there will be a third book." L. K. Killian

"Jass Richards has done it again. As I tell anyone who wants to listen, Jass is a comedy genius, she writes the funniest books and always writes the most believable unbelievable characters and scenes ... It's both funny and made me think at the same time. ... Overall, I highly recommend anything by Jass, especially this one book, which is full of comedy gold and food for thought." " May Arend, Brazilian Book Worm