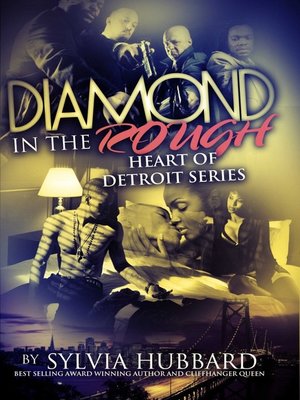 Diamond In the Rough

FictionRomanceShort Stories
Rob had all but given up on himself. A convict doomed to suffer for the rest of his life, he kept to himself... until he saw her...DiamondA dame like no other and one he found himself obsessed with possessing.Diamond In The Rough is a story of chances, stealing, and love inside the City of Detroit & a man where all hope is gone.Can one woman change his destiny?Or will loneliness take over and leave him hopeless?Another addition to the Heart of Detroit Series that will leave you wanting more.
FictionRomanceShort Stories

Detroit native, Sylvia Hubbard, a single mother of three, has worked tirelessly to promote and encourage emerging writers in Michigan. She independently published her first romance novel in 2000 and has continued to write in that genre, sometimes ...

More about Sylvia Hubbard
Diamond In the Rough
Copy and paste the code into your website.
New here? Learn how to read digital books for free