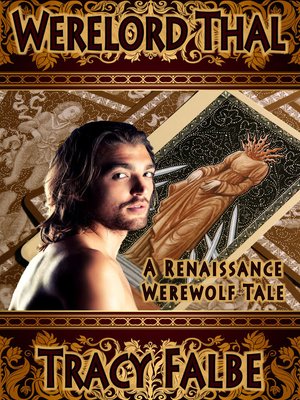 FantasyLiteratureHistorical FictionYoung Adult Fiction
Thal boldly walks the streets of 16th century Prague. Jesuits hunt him. Mercenaries fear him. Musicians sing his praise, and women are captivated by his alpha swagger.Born of a witch and a sorcerer, he is summoned when his desperate mother casts the werewolf spell before facing torture and execution. Burdened with her magical call for vengeance Thal seeks the men that killed her. His hunt is complicated when the Magistrate's stepdaughter Altea Kardas crosses his path. Horrified that her community is burning women to death, she can confide her doubt and fear only to Thal.He desires her greatly but knows he will bring ruin upon her. Across Bohemia and beyond people who are different are labeled heretics in a restless world hobbled by tyrannical ignorance. The Renaissance has thrown the Holy Roman Empire into turmoil. Printed books are spreading radical ideas. Firearms are triggering a new age of warfare. And the human spirit is shaking off obedience.Thal embodies the ancient magic of the pagan past. He challenges a world conquered by a spiritual system that denies the flesh and forgets the Earth. And he awakens within Altea recognition of these truths. She believes any risk is worth loving him until she becomes the bait in a trap set by Thal's enemies.
FantasyLiteratureHistorical FictionYoung Adult Fiction

More about Tracy Falbe
Werelord Thal
Copy and paste the code into your website.
New here? Learn how to read digital books for free