The Rise of Silas Lapham 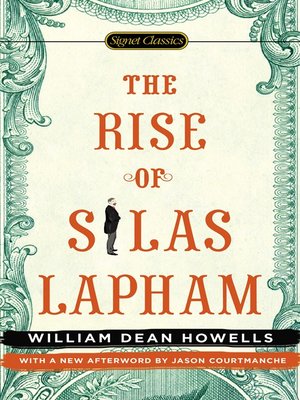 View more libraries...
The Rise of Silas Lapham was the first important novel to center on the American businessman and the first to treat its theme with a realism that foreshadowed the work of modern writers. In his story of one of the millionaire industrialists who flourished in the post-Civil War years, William Dean Howells probes the moral and social conflicts that confront a self-made man trying to crash Boston’s old-guard aristocracy. Silas Lapham is a man of conscience who fully realizes his folly; but he is also an ambitious man who lets his aspirations lead him to risk both his fortune and his family’s happiness for status in a society that will never truly accept him.

“His perceptions were sure, his integrity was absolute,” wrote Henry Seidel Canby of William Dean Howells, whom he credited as being “responsible for giving the American novel form.”