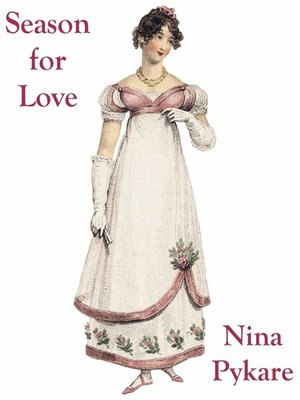 FictionRomanceHistorical Fiction
Callie Fallows was companion to the Countess of Witherbeck. When Edward, Marquis of Tolberine, was summoned to Bath at the countess’s request, he was fascinated by her companion. Callie was not interested in him, as her sister had fallen prey to a lord who deserted her and their child. But Edward devised a scheme to pose as his gypsy cousin Marcos to attract her attention. Regency Romance by Nina Coombs Pykare; originally published by Belgrave House/Regency Reads
FictionRomanceHistorical Fiction

Season for Love
Copy and paste the code into your website.
New here? Learn how to read digital books for free