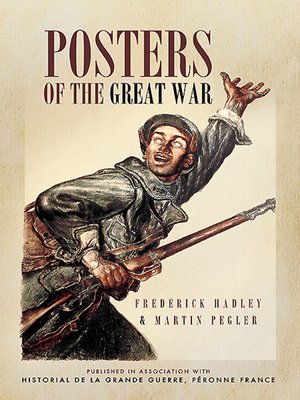 Posters of The Great War

Until the arrival of radio and television, and despite the influence of newspapers, posters were the major medium for mass communication. During the Great War all the belligerent nations produced an extraordinary variety of them - and they did so on a massive scale. As the 200 wartime and immediate post-war posters selected for this book reveal, they were one of the most potent, and memorable, ways of conveying news, information and propaganda.

In the most graphic and colourful fashion they promoted values such as patriotism and sacrifice. By using rallying symbols such as flags as well as historical and mythical models, they sought to maintain morale and draw people together by stirring up anger against the enemy. Today their remarkable variety of styles give us an instant insight into the themes and messages the military and civilian authorities wished to publicize.

The sheer inventiveness of the poster artists is demonstrated as they focused on key aspects of the propaganda campaign in Britain, France, Germany, America and Russia. The diversity of their work is displayed here in chapters that cover recruitment, money raising, the soldier, the enemy, the family and the home front, films and the post-war world.

A century ago, when these images were first viewed, they must have been even more striking in contrast to the poor-quality newspaper photographs and postcards that were available at the time. The Great War was to change that forever. It introduced a means of propaganda that was novel, persuasive and above all, powerful. It was the first media war, and the poster played a key role in it.

More about Frederick Hadley
Posters of The Great War
Copy and paste the code into your website.
New here? Learn how to read digital books for free