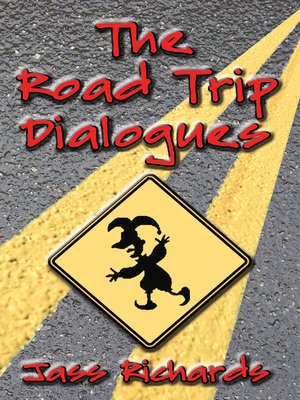 FictionLiteratureHumor (Fiction)
Rev and Dylan are intelligent, sensitive, idealistic, enthusiastic, and—utter failures. When they reconnect twenty years after teacher's college, Rev is en route to the Montreal fireworks festival. (Something with great social and political import.) (Oh shut up. I tried. For twenty years. So to hell with it.) Dylan goes along for the ride. (Typical.)Seriously funny. A coming of age story for those in their 40s. Okay, 50s. (Boomer lit?)
FictionLiteratureHumor (Fiction)

More about Jass Richards
The Road Trip Dialogues
Copy and paste the code into your website.
New here? Learn how to read digital books for free