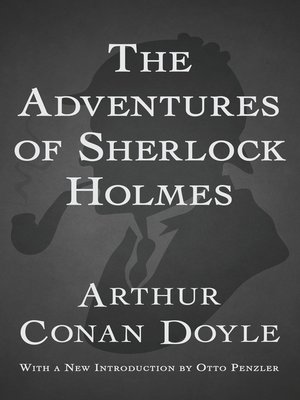 A dozen classic cases featuring the world's greatest detective
This first collection of Sherlock Holmes stories includes many of the consulting detective's best known cases. "A Scandal in Bohemia" finds Holmes matching wits with—and being outfoxed by—a beautiful American opera singer named Irene Adler. A struggling shop owner stumbles into a lucrative side job, and a criminal conspiracy, in "The Red-Headed League." And in "The Adventure of the Speckled Band," which Arthur Conan Doyle named as the best of his Sherlock Holmes stories, our brilliant hero and his loyal friend Dr. Watson pay a visit to a young heiress's bedroom late one night only to stumble across another, far deadlier, visitor.

Other beloved tales collected here include "The Five Orange Pips," "The Boscombe Valley Mystery," and "The Adventure of the Blue Carbuncle." Originally appearing in the Strand Magazine, these twelve stories catapulted Holmes and Watson to international fame and established Doyle as one of the most popular and influential mystery writers of all time.

Arthur Conan Doyle (1859–1930) practiced medicine in the resort town of Southsea, England, and wrote stories while waiting for his patients to arrive. In 1886, he created two of the greatest fictional characters of all time: the detective Sherlock...

More about Otto Penzler
The Adventures of Sherlock Holmes
Copy and paste the code into your website.
New here? Learn how to read digital books for free