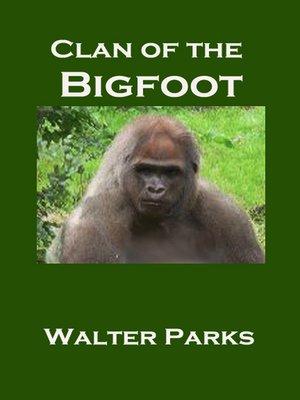 Clan of the Bigfoot

Jay had spent his entire adult life at the university studying and teaching about the many pre-humans in our early evolution.

He couldn't bring himself to believe that Bigfoot and Yeti really existed, but he really wanted to believe. Fossils had shown that at least 8 of our "cousins" co-existed about a million years ago. Our latest cousin, the Neanderthal survived until about 28,000 years ago.

When the new fossils recently found indicated that another of our cousins existed to 12,000 years ago, and maybe as late as 4,000 years ago, Jay became very interested in the current stories of Yeti and Bigfoot sightings.

After another sighting of a Bigfoot Jay decided to use his summer break from the university to explore the area to try to photograph Bigfoot.

He found Bigfoot. Actually he found a clan of Bigfoots.

They killed 2 men also searching for them, and captured their female companion.

Jay came to study and photograph Bigfoot. He did much more. He became part of the clan.

More about Walter Parks
Clan of the Bigfoot
Copy and paste the code into your website.
New here? Learn how to read digital books for free