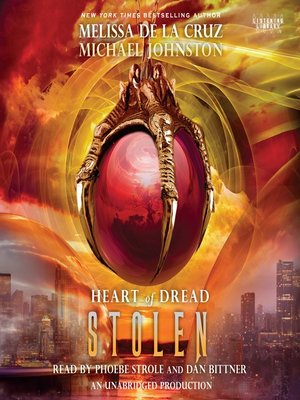 Science FictionYoung Adult Fiction
Nat and her drakon are the last of their kind--sworn to protect what their enemies seek to control--and she's risked her life for their reunion. But fighting for the majestic Blue meant saying goodbye to Wes, breaking both their hearts. Back in New Vegas, citizens are threatened by the resurgence of magic and declare war on all the marked. Wes and his team travel to the extravagant indoor city of El Dorado looking for his sister, but when they are caught on the wrong side of the RSA's strict new laws, Wes is forced to do the unthinkable--surrender and rejoin the military's quest to uncover the magical source, the same land Nat is struggling to protect. Now he and Nat find themselves on opposing sides of a war that could potentially destroy what's left of the world.
Science FictionYoung Adult Fiction

Stolen
Copy and paste the code into your website.
New here? Learn how to read digital books for free