William IV, Mrs. Jordan, and the Family They Made

By Daniel A. Willis 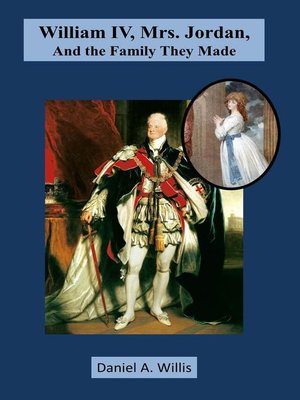 In the 21st century, most people know the life story of young Prince William who one day will be King. But what about the last King William?

King William IV reigned from 1830 – 1837 and came to the Throne with a full family of children. However, none were by his wife.

Who was this brood of illegitimate children and what became of them? Follow the story of the King's 20-year affair with celebrated actress Dorothy Jordan, and the children they raised together, as well as the descendants that continue to the current day in William IV, Mrs. Jordan and the Family They Made.