The Ring and the Flag 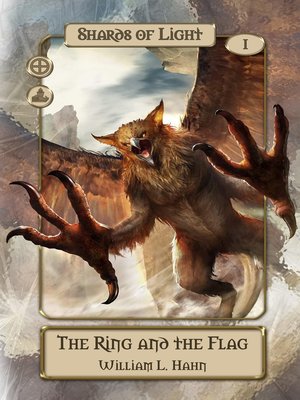 In 2002 ADR, the Empire of Argens is still reeling from the usurpation of its centuries-old throne by a landless adventurer. A ferocious dwarven warrior named Yula and his sorcerous human allies not only defeated the flower of elvish knighthood, but exposed the former dynasty as nothing less than demons in disguise. Now a young captain, ruined by his loyalty to the old regime, has one last chance to redeem his family name in the officer training corps being established by the hated new emperor.

Captain Justin gets much more than he bargained for, however, as he is sent on a secret mission to the North Mark, hotbed of disloyalty even in the old days and now on a trip-wire for revolt. Given only days to assemble a company, march north and defuse the conspiracy, the new captain will be tested too often, too hard and far too soon.

"The Ring and the Flag" is the first story in the Shards of Light saga set in the Lands of Hope, the creation of Wm. L. Hahn. More than twenty years in the making, the Lands hold tremendous adventure, a sense of history, and a strong theme of the difficult choices heroes must make when faced by the power of Despair.