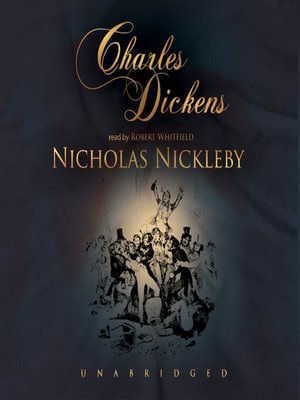 The most gorgeously theatrical of all Dickens’s novels, Nicholas Nickleby follows the delightful adventures of a hearty young hero in nineteenth-century England. Nicholas, a gentleman's son fallen upon hard times, must set out to make his way in the world. His journey is accompanied by some of the most swaggering scoundrels and unforgettable eccentrics in Dickens’s pantheon.

From the dungeon-like Yorkshire boys’ boarding school run by the cruel Wackford Squeers to the high-spirited stage of Vincent Crummles’s extraordinary acting troupe, Nicholas Nickleby is a triumph of the imagination, bursting with color, humor, and poignant social commentary.