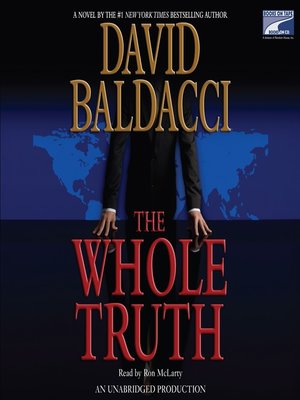 View more libraries...
A rising threat has startled the world. Armies are preparing to fight. And as nations slip ever closer to open conflict, the struggle to reveal the truth might be the most dangerous battle of all...

Nicolas Creel is a man on a mission. He heads up the world’s largest defense contractor, The Ares Corporation. Dick Pender is the man Creel retains to “perception manage” his company to even more riches by manipulating international conflicts. But Creel may have an even grander plan in mind.
Shaw, a man with no first name and a truly unique past, has a different agenda. Reluctantly doing the bidding of a secret multinational intelligence agency, he travels the globe to keep it safe and at peace.
Willing to do anything to get back to the top of her profession, Katie James is a journalist who has just gotten the break of a lifetime: the chance to interview the sole survivor of a massacre that has left every nation stunned.
In this terrifying global thriller, these characters’ lives will collide head-on as a series of events is set in motion that could change the world as we know it. An utterly spellbinding story that feels all too real, THE WHOLE TRUTH delivers all the twists and turns, emotional drama, unforgettable characters, and can’t-put-it-down pacing that readers expect from David Baldacci–and still goes beyond anything he’s written before.