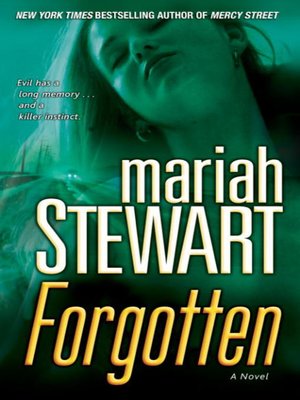 WHO SPEAKS FOR THE DEAD WHEN THEY SCREAM BLOODY MURDER?

Sheldon Woods kidnapped and killed an untold number of boys, then escaped the death penalty by making a plea bargain for multiple life sentences in exchange for revealing the whereabouts of some of his victims. More than a decade later, the full extent of his crimes is still unknown, and many of the dead have never been accounted for. But Lisa Walsh is certain her brother Christopher was one of them, and to honor her mother's dying wish, she's on a mission to learn the truth and recover the little boy's remains. FBI agent Portia Cahill, tasked with confronting the caged killer, is obliged to play his mind games to get what she's after, but she ends up with more than she bargained for when the remains of another boy's body are discovered.

Determined to ID the mystery child, Portia reluctantly teams with James Cannon, the attorney who once defended Woods. But chasing a killer's grisly legacy, and the bones of the forgotten dead, will lead them into the lethal orbit of a monster who's seeding the graves of the past with a fresh wave of innocent victims.

Mariah Stewart is the award-winning, New York Times bestselling author of twenty-three novels. A native of Hightstown, New Jersey, she lives in Chester County, Pennsylvania, with her husband and their two daughters.From the Paperback...

More about Mariah Stewart
Forgotten
Copy and paste the code into your website.
New here? Learn how to read digital books for free