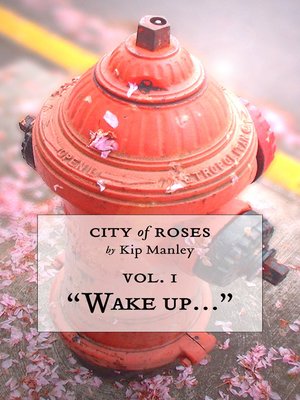 City of Roses is a serialized epic very firmly set in Portland, Oregon—an urban fantasy mixing magical realism with gonzo noirish prose, where sinister high-rise riverfront condos are fought by a sprawling tea-house constructed from scrap lumber and old windows, and ancient sea-gods retire to close-in Southeast apartments with lovely views. It's the story of Jo Maguire, a highly strung, underemployed telemarketer, and what happens when she meets Ysabel, a princess of unspecified pedigree. Jo rather unexpectedly becomes Ysabel's guardian and caretaker, and now must make a place for herself among Ysabel's decidedly unusual family and friends—which involves rather more sword-play than most of us are used to.

Collecting chapters 1 - 11 of the critically acclaimed fantasy serial, Vol. 1, "Wake up..." does end on one heck of a cliffhanger—but don't worry. There's more, much more to come.