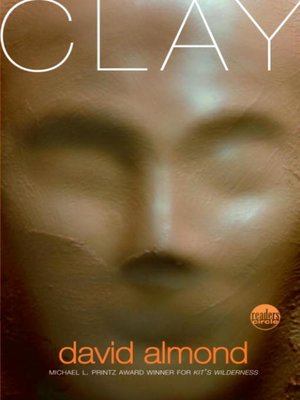 View more libraries...
Fourteen-year-old Davie and his best friend, Geordie, are altar boys at their local Catholic Church. They’re full of mischief, but that all changes when Stephen Rose comes to town. Father O’Mahoney thinks it would be a good idea for Davie and Geordie to befriend him—maybe some of their good nature will rub off on this unhappy soul. But it’s Stephen who sees something special in Davie.
Stephen’s a gifted sculptor. One day as Davie looks on, Stephen brings a tiny figure to life. It’s a talent he has, the gift of creation—and he knows that Davie has this talent, too. Davie allows Stephen to convince him to help bring a life-size figure to life—and Clay is born. Clay is innocent, but Stephen has special plans for him.
What has Davie helped to unleash on the world?