Allergic to Girls, School, and Other Scary Things 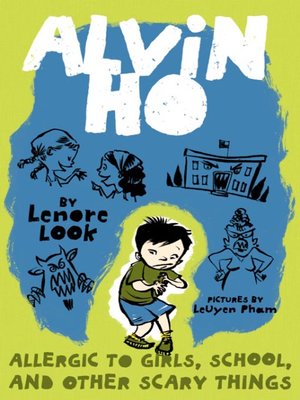 View more libraries...
The first book in a hilarious chapter book series that tackles anxiety in a fun, kid-friendly way. Perfect for both beginning and reluctant readers, and fans of Diary of a Wimpy Kid!
A humorous and touching series about facing your fears and embracing new experiences—with a truly unforgettable character—from author Lenore Look and New York Times bestselling and Caldecott Honor winning illustrator LeUyen Pham.
Alvin, an Asian American second grader, is afraid of everything—elevators, tunnels, girls, and, most of all, school. He’s so afraid of school that, while he’ s there, he never, ever, says a word. But at home, Alvin is a very loud superhero named Firecracker Man, a brother to Calvin and Anibelly, and a gentleman-in-training, just like his dad. With the help of his family, can Alvin take on the outside world without letting his fears get the best of him?