ebook ∣ The Life of King Hussein in War and Peace 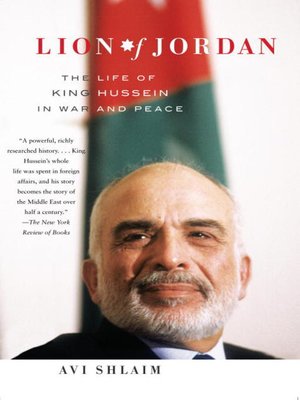 View more libraries...
The first major account of the life of an extraordinary soldier and statesman, King Hussein of Jordan.
Throughout his long reign (1953—1999), Hussein remained a dominant figure in Middle Eastern politics and a consistent proponent of peace with Israel. For over forty years he walked a tightrope between Palestinians and Arab radicals on the one hand and Israel on the other. Avi Shlaim reveals that Hussein initiated a secret dialogue with Israel in 1963 and spent hundreds of hours in talks with countless Israeli officials. Shlaim expertly reconstructs this dialogue from previously untapped records and first-hand accounts, significantly rewriting the history of the Middle East over the past fifty years and shedding light on the far-reaching impact of Hussein’s leadership.