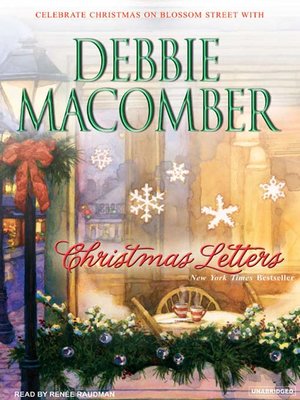 FictionLiteratureRomance
Katherine O'Connor often spends her days at a cozy cafe on Blossom Street in Seattle, where she writes Christmas letters for other people. She's good at making their everyday lives sound more interesting. More humorous. More dramatic. But for Dr. Wynn Jeffries, who also frequents the cafe, Christmas means lies and deception. In fact, the renowned child psychologist recommends that parents "Bury Santa Under the Sleigh." Katherine, however, feels that his parenting philosophy is one big mistake-at least, based on her four-year-old twin nieces, who are being raised according to his "Free Child" methods. She argues with Wynn about his theories, while he argues that her letters are nothing but lies. They disagree about practically everything-and yet, somehow, they don't really want to stop arguing. As the days-and nights-move closer to Christmas, Katherine and Wynn both discover that love means accepting your differences. And Christmas is about the things you share.
FictionLiteratureRomance

Debbie Macomber is one of today's leading voices in romance and women's fiction and the author of the popular Cedar Cove series, the Blossom Street books, and the Angelic Intervention series.

More about Debbie Macomber
Christmas Letters
Copy and paste the code into your website.
New here? Learn how to read digital books for free