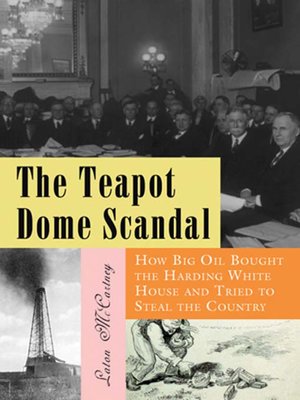 The Teapot Dome scandal of the early 1920s was all about oil—hundreds of millions of dollars' worth of petroleum. When the scandal finally broke, the consequences were tremendous. President Harding's legacy was forever tarnished, while "Oil Cabinet" member Albert Fall was forced to resign and was imprisoned for a year. Others implicated in the affair suffered prison terms, commitment to mental hospitals, suicide, and even murder.

The Republican Party and the oil-company CEOs scrambled to cover their tracks and were mostly successful. Key documents mysteriously disappeared; important witnesses suffered sudden losses of memory. Though a special investigation was authorized, the scope of the wrongdoing was contained by administration stonewalling. But newly surfaced information indicates that the scandal was even bigger than originally thought.