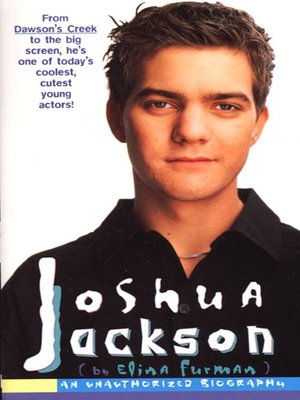 As Pacey Witter on the hit TV show Dawson's Creek, actor Joshua Jackson is a loner—introspective, quick with a quip, and willing to follow his heart rather than follow the crowd. In real life, Joshua is a lot like his character, except when it comes to success. While Pacey is a bit of an underachiever, Joshua, in his early twenties, has already hit it big, with nearly twenty film credits to his name, including such hits as The Mighty Ducks, Urban Legend, Cruel Intentions, Apt Pupil and more recently Gossip and Skulls. What's in store for Joshua's future? Does he hang with his fellow DC stars off the set? Is there a special woman in his life? Get all the fun facts and fascinating answers about Joshua Jackson in this awesome biography.