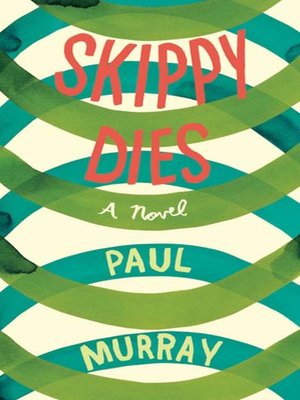 Why does Skippy, a fourteen-year-old boy at Dublin's venerable Seabrook College, end up dead on the floor of the local doughnut shop?

Could it have something to do with his friend Ruprecht Van Doren, an overweight genius who is determined to open a portal into a parallel universe using ten-dimensional string theory?

Could it involve Carl, the teenage drug dealer and borderline psychotic who is Skippy's rival in love?

Or could "the Automator"—the ruthless, smooth-talking headmaster intent on modernizing the school—have something to hide?

Why Skippy dies and what happens next is the subject of this dazzling and uproarious novel, unraveling a mystery that links the boys of Seabrook College to their parents and teachers in ways nobody could have imagined. With a cast of characters that ranges from hip-hop-loving fourteen-year-old Eoin "MC Sexecutioner" Flynn to basketballplaying midget Philip Kilfether, packed with questions and answers on everything from Ritalin, to M-theory, to bungee jumping, to the hidden meaning of the poetry of Robert Frost, Skippy Dies is a heartfelt, hilarious portrait of the pain, joy, and occasional beauty of adolescence, and a tragic depiction of a world always happy to sacrifice its weakest members. As the twenty-first century enters its teenage years, this is a breathtaking novel from a young writer who will come to define his generation.