Names My Sisters Call Me 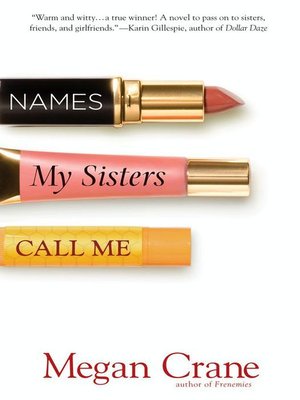 View more libraries...
A moving novel of sisterhood and finding yourself tells the story of a newly engaged woman who decides to use her engagement party as a way to reconcile her estranged sisters—much to their chagrin.
Courtney, Norah, and Raine Cassel are as different as three sisters can be. Norah, the oldest, is a type A obsessive who hasn't forgiven Raine, the middle sister, for ruining her wedding day six years ago. Raine is Norah's opposite, a wild child/performance artist/follow-your-bliss hippie chick who ran off to California. The only thing the two have in common is their ability to drive Courtney, their youngest sister, crazy.
When her longtime boyfriend proposes, Courtney decides it's finally time to call a truce and bring the three sisters together. After all, they're grown-ups now, right? But it turns out that family ghosts aren't easily defeated—and neither are first loves. Soon Courtney finds herself reexamining every choice she has made in the past six years—including the man she's about to marry—and the value of reconnecting with the sisters she knows she needs, in spite of everything.