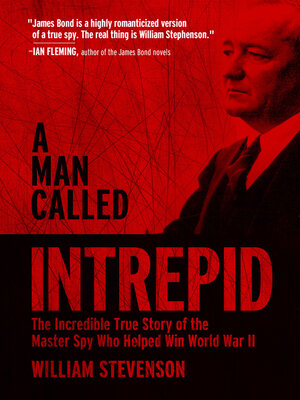 First published in 1976, A Man Called Intrepid was an immediate bestseller. With over thirty black-and-white photographs and countless World War II secrets, this book revealed startling information that had remained buried for decades. Detailing the infamous "Camp X" training center in Ontario, Canada; the miraculous breaking of the Ultra Code used by the Enigma Machine; and dozens of other stories of clandestine missions, A Man Called Intrepid is an undisputed modern classic.

"James Bond is a highly romanticized version of a true spy. The real thing is William Stephenson." —Ian Fleming