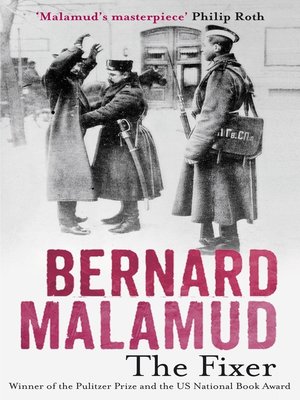 Winner of the 1966 Pulitzer Prize and National Book Award
Kiev, 1911. When a twelve-year-old Russian boy is found stabbed to death, his body drained of blood, the accusation of ritual murder is levelled at the Jews. Yakov Bok - a handyman hiding his Jewish identity from his anti-Semitic employer - is first outed and blamed. Arrested and imprisoned, Bok refuses to confess to a crime that he did not commit. What becomes of this man under pressure, for whom acquittal is made to seem as hopeless as conviction, is the subject of a terrifying masterpiece of twentieth-century fiction.
Acclaim for Malamud:
'Malamud is a rich original of the first rank' Saul Bellow
'Malamud has never produced a mediocre novel... He is always profoundly convincing' Anthony Burgess
'One of Malamud's extraordinary gifts has always been for lifting the realistic world up, into the realm of metaphysical fantasy. Another has been to take life, lives, seriously' Malcolm Bradbury
'One of those rare writers who makes other writers eat their hearts out' Melvyn Bragg
Of Malamud's short stories:
'I have discovered a short-story writer who is better than any of them, including myself' Flannery O'Connor