Women in the Bible 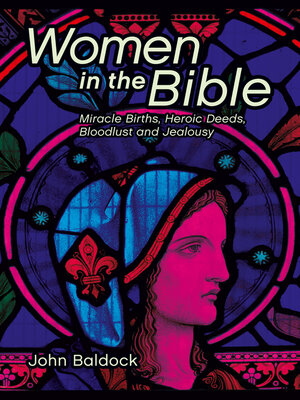 Apart from a few women such as Eve, Mary (the mother of Jesus) and Mary Magdalene, the women in the Bible are generally eclipsed by their more famous male counterparts. This state of affairs not only mirrors the general standing of women in Western society over the past two thousand years, it also reflects the patriarchal nature of both the Jewish and Christian religions.

And yet closer study of the Bible reveals that women were once regarded as the equals of men rather than subject to them. We read of women who were priestesses in the Near East, who served as judges and prophets to the early Israelites, and who saved the Israelites from extinction. Even Wisdom, described in the Old Testament as the 'fountain of life', was personified as a woman.

From Abi to Zipporah, Women in the Bible retells the stories of the women, both great and humble, who people the pages of the Old and New Testaments as well as the biblical books known as the Apocrypha. These are stories of true love, devotion and piety, incest, lust, prostitution, adultery, polygamy, necromancy, decapitation, treachery and violence: of women's exploitation and abuse by men and how women gained their revenge.