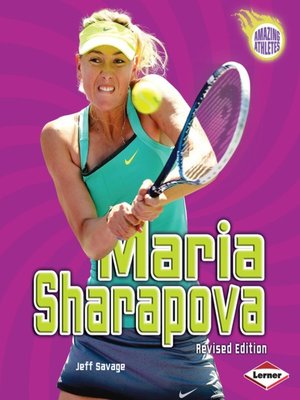 Maria Sharapova won the Wimbledon tennis championship when she was just 17 years old. When she won the French Open eight years later, Maria became the tenth woman in history to complete a career Grand Slam by winning all four major tennis tournaments. She also won a silver medal at the 2012 Olympic Games in London, England. Maria's movie-star looks have helped make her one of the most popular sports figures in the world. But she's proven time after time that she's more than just a pretty face. Learn more about this stylish star at the top of her game.