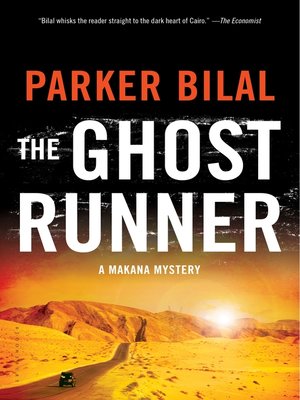 It is 2002 and as tanks roll into the West Bank and the reverberations of 9/11 echo across the globe, tensions are running high on Cairo's streets. Private Investigator Makana, in exile from his native Sudan and increasingly haunted by memories of his wife and daughter, is shaken out of his despondency when a routine surveillance job leads him to the horrific murder of a teenage girl. In a country where honour killings are commonplace and the authorities seem all too eager to turn a blind eye, Makana determines to track down the perpetrator. He finds unexpected assistance in the shape of Azza, a woman who seems to share Makana's hunger for justice.

Seeking answers in the dead girl's past he travels to Siwa, an oasis town on the edge of the great Sahara desert, where the law seems disturbingly far away and old grievances simmer just below the surface. As violence follows him through the twisting, sand-blown streets and an old enemy lurks in the shadows, Makana discovers that the truth can be as deadly and as changeable as the desert beneath his feet.