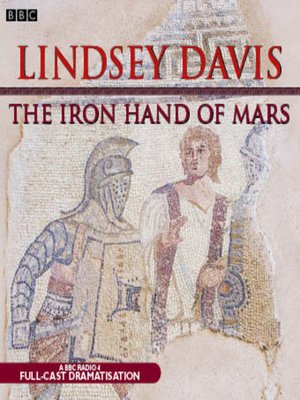 The Falco Iron Hand of Mars

Anton Lesser and Anna Madeley star in this BBC Radio 4 full-cast dramatisation of the fourth novel in Lindsey Davis’s bestselling series featuring Roman private eye Falco. The Iron Hand of Mars sees Falco being dispatched to one of the most hostile parts of the Empire to deliver a new standard – an iron hand – to one of the legions. Germania is cold, wet, dismal and full of dark forests inhabited by bloodthirsty barbarians, but Falco has an even bigger problem to worry about: he has forgotten Helena Justina’s birthday, and she is being pursued by the Emperor’s son Titus Caesar. As Falco makes his way through dangerous territory, he encounters the aftermath of a grisly crime, investigates the case of a missing legate, gets into trouble with a centurion and has a fateful encounter with a Celtic priestess and a giant bull.

The Falco Iron Hand of Mars
Copy and paste the code into your website.
New here? Learn how to read digital books for free