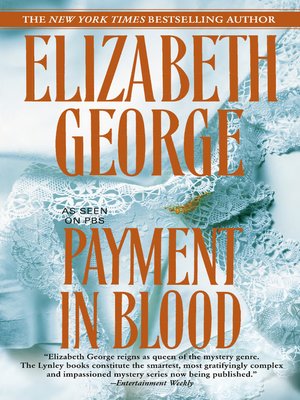 View more libraries...
The career of playwright Joy Sinclair comes to an abrupt end on an isolated estate in the Scottish Highlands when someone drives and eighteen-inch dirk through her neck. Called upon to investigate the case in a country where they have virtually no authority, aristocratic Detective Inspector Thomas Lynley and his partner, Detective Sergeant Barbara Havers, grapple for both a motive and a murderer. Emotions run deep in this highly charged drama, for the list of suspects soon includes Britain's foremost actress, its most successful theatrical producer, and the woman Lynley loves. He and Havers must tread carefully through the complicated terrain of human relationships, while they work to solve a case rooted in the darkest corners of the past and the unexplored regions of the human heart.