The Earth, the Temple, and the Gods 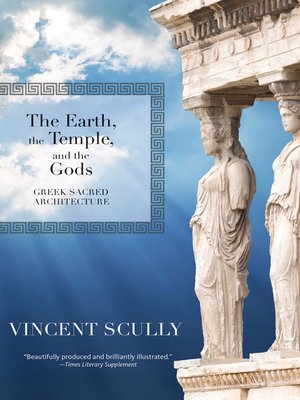 When The Earth, the Temple, and the Gods first appeared in 1962, it was hailed by the critics for it erudition, historical imagination and boldness. Subsequently, this comprehensive study of Greek temples and site-planning has been widely accepted as a landmark of architectural history, for it offers an inspired and arresting insight into nature and function of Greek sacred architecture. Vincent Scully, one of America's most brilliant and articulate scholars, understands the temples as physical embodiment of the gods in landscapes that had for the Greeks divine attributes and sacred connotations. He explores the meanings inherent in the calculated interaction between man-made sculptural forces and the natural landscape, and he relates this interaction to our understanding of Greek culture from the pre-Greek Aegean to the Hellenistic period.
Years of research and travel were devoted to The Earth, the Temple, and the Gods. Scores of sites were restudied on the spot, including many lesser-known sanctuaries throughout the Hellenic world. The study includes reconstruction drawings, plans, and maps along with its richly illustrated, detailed discussions of major sites.

Architecture History Religion & Spirituality Nonfiction
The Earth, the Temple, and the Gods