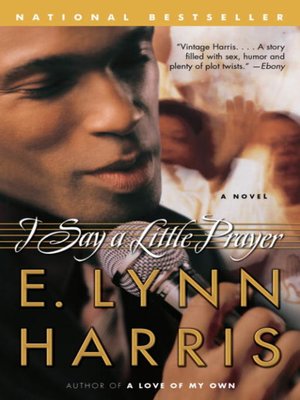 I Say a Little Prayer

FictionAfrican American FictionLiteratureRomance
A USA Today, New York Times, Washington Post BestsellerChauncey Greer, the suave and successful owner of the Cute Boy Greeting Card Company, never wants for the attention of guys just as hot as he is. After a couple of bad dates Chauncey finds himself in church, where the minister's message inspires him to return to the singing career he had launched as a teenager. Things heat up when Chauncey's rediscovered singing talent lands him in the middle of a protest over homophobia in the black church, and Chauncey's old singing partner–and former lover–makes a dramatic and unexpected entrance.
FictionAfrican American FictionLiteratureRomance

E. Lynn Harris was born in Flint, Michigan and raised, along with three sisters, in Little Rock, Arkansas. Harris sold computers for IBM, Hewlett-Packard, and AT&T for 13 years while living in Dallas, Washington, D.C. and Atlanta. He finally quit...

More about E. Lynn Harris
I Say a Little Prayer
Copy and paste the code into your website.
New here? Learn how to read digital books for free