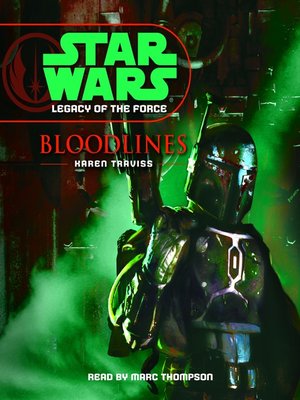 FictionScience FictionThriller
A new era of exciting adventures and shocking revelations continues to unfold, as the legendary Star Wars saga sweeps forward into astonishing new territory.
Civil war looms as the fledgling Galactic Alliance confronts a growing number of rebellious worlds–and the approaching war is tearing the Skywalker and Solo families apart. Han and Leia return to Han's homeworld, Corellia, the heart of the resistance. Their children, Jacen and Jaina, are soldiers in the Galactic Alliance's campaign to crush the insurgents.
Jacen, now a complete master of the Force, has his own plans to bring order to the galaxy. Guided by his Sith mentor, Lumiya, and with Luke's young son Ben at his side, Jacen embarks on the same path that his grandfather Darth Vader once did. And while Han and Leia watch their only son become a stranger, a secret assassin entangles the couple with a dreaded name from Han's past: Boba Fett. In the new galactic order, friends and enemies are no longer what they seem. . . .
From the Paperback edition.
FictionScience FictionThriller

Karen Traviss is the author of two Star Wars: Republic Commando novels, Hard Contact and Triple Zero, as well as City of Pearl, Crossing the Line, and The World Before. A former defense correspondent and TV and newspaper journalist, Traviss has al...

More about Karen Traviss
Bloodlines
Copy and paste the code into your website.
New here? Learn how to read digital books for free