ebook ∣ The Price of Vengeance 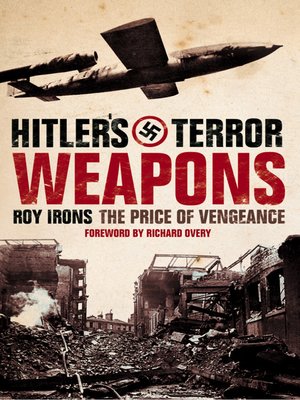 Did Hitler's use of unproven exotic weapons cost him the war? Were they worth the price? What effect did the V weapons have on Allied plans, morale and supplies? Roy Irons also investigates Hitler's thirst for revenge following 1918 and his dread when Russian victories and Allied bombing began to shadow the Third Reich.

Roy Irons' fascinating book investigates whether Hitler's campaign would have been a greater success if he had put fewer resources into experimental weapons of revenge such as the V-2 rocket and the V-1 Doodle-bug. Enormous resources were poured into these experimental projects, often inspired by Hitler's thirst for revenge after the collapse of Germany in 1918 and his dread of a recurrence when Russian victories and allied bombing began to cast grim and ever-growing shadows over the Third Reich. He considers such questions as what effect the bombardment really had on London's morale and on Allied supplies through the port of Antwerp? Were these weapons really worth the price? With a foreword by Professor Richard Overy and fascinating images from the Imperial War Museum and Public Record Office, this is a unique account of this key element of the Second World War.