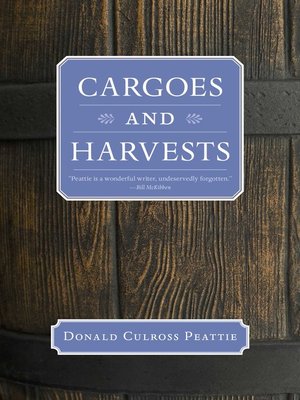 Cargoes and Harvests, famed naturalist Donald Culross Peattie's first book, eloquently explores agriculture and trade within America's past using thoughtful language that is well ahead of its time. Originally published in 1926, Peattie takes readers on a compelling adventure through the socioeconomic histories of staples such as tea, coffee, cocoa, potatoes and tobacco. Starting with the seeds and roots of the American landscape, Cargoes and Harvests illustrates where we've been and how far we've come. By considering the relationship between a nation and its goods, Peattie unearths countless reflective implications that still resonate within the field of American agriculture today.