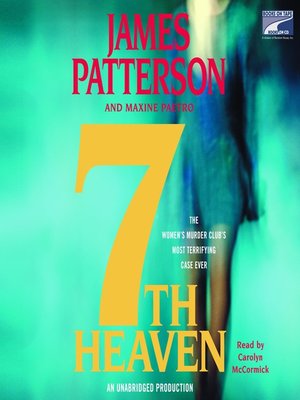 View more libraries...
The Women's Murder Club pursues two cases in an electrifying new thriller–chasing a deranged killer and searching for a murderer with a taste for fire.
A very public disappearance. California's "Boy with a Broken Heart," the teenage son of a recent governor, has disappeared under mysterious circumstances. Michael Campion, born with an incurable heart defect, has grown up under the watchful eye of an adoring public. The pressure on detective Lindsay Boxer to learn what happened to Michael is overwhelming. When she finally does get a lead, it's devastating–and for Assistant District Attorney Yuki Castellano it leads to the biggest trial of her life.
A deadly rash of arsons. While working on the Campion case, Lindsay and her partner, Rich Conklin, also try to catch whoever is setting fire to some of the most beautiful homes in San Francisco, leaving their owners to perish in the flames. Lindsay enlists her friends in the Women's Murder Club to help her find the arsonist–and suddenly the fires start raging much too close to home.
A chance at 7th heaven. These two intense cases bring Lindsay and Rich closer together than ever–and put Lindsay on the brink. Torn between two men and close to an emotional meltdown, she has to draw on every resource to keep from being pulled under.
From the Compact Disc edition.