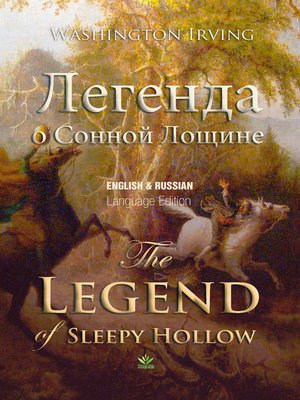 The Legend of Sleepy Hollow

Sleepy Hollow is known for its ghosts and the haunting atmosphere that pervades the imaginations of its inhabitants and visitors. The most infamous spectre in the Hollow is the Headless Horseman, said to be the ghost of a Hessian trooper who had his head shot off by a stray cannonball during some nameless battle of the American Revolutionary War, and who rides forth to the scene of battle in nightly quest of his head. This edition features original English language text followed by Russian language edition for those learning Russian language or curious about this story in other languages.

Washington Irving was an American author, essayist, biographer, historian, and diplomat of the early 19th century. He is best known for his short stories The Legend of Sleepy Hollow and Rip Van Winkle, both of which appear in his book The Legend o...

More about Washington Irving
The Legend of Sleepy Hollow
Copy and paste the code into your website.
New here? Learn how to read digital books for free