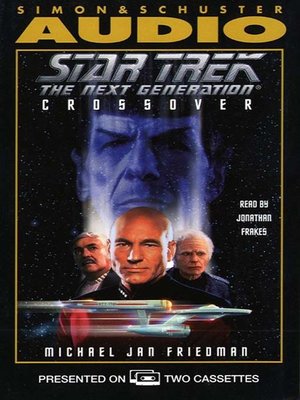 FictionScience Fiction
Ambassador Spock continues his mission to unify the Romulan and Vulcan peoples, but is captured by a Romulan spy. Starfleet dispatches its best ship, the U.S.S. EnterpriseTM 1701-D, and its most respected captain, Jean-Luc Picard, to secure the release of the ambassador. Ambassador McCoy, now over 140 years old, is also sent to assist in the negotiations. But the situation becomes further complicated when another of Spock's former shipmates, Montgomery "Scotty" Scott confiscates an out-of-service starship and effects his own daring rescue of his friend.
FictionScience Fiction

Crossover
Copy and paste the code into your website.
New here? Learn how to read digital books for free