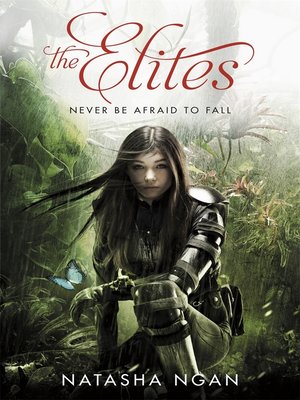 'There is a rumour that the Elites don't bleed.'

Hundreds of years into the future, wars, riots, resource crises and rising sea-levels have destroyed the old civilisations. Only one city has survived: Neo-Babel, a city full of cultures - and racial tension. Fifteen-year-old Silver is an Elite, a citizen of Neo-Babel chosen to guard the city due to her superior DNA. She'd never dream of leaving - but then she fails to prevent the assassination of Neo Babel's president, setting off a chain of events more shocking and devastating than she could ever have imagined. Forced to flee the city with her best friend Butterfly (a boy with genetically-enhanced wings), Silver will have to fight to find her family, uncover the truth about Neo-Babel and come to terms with her complicated feelings for Butterfly.

Packed full of adventure, romance, exoticism and the power of friendship, The Elites is a highly compelling and beautifully written novel from a supremely talented debut author.