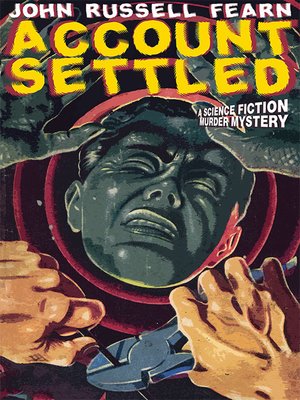 When financier Emerson Drew's hired killer pushes scientist-inventor Rajek Quinton down an abandoned mineshaft, Drew and his conspirators believe that the way's clear to exploit Quinton's amazing new invention, which will make them millions. But he reckons without Larry Clark of the C.I.D.—plus Quinton's uncanny scientific genius. The police detective, aided by Drew's secretary Joyce Sutton, forges a chain of evidence to send Drew and his cohorts to their doom. But who is Joyce Sutton, really? And what about Quinton himself: did he actually die in the deep, mud-filled pit shaft, or has he somehow survived to exact a horrible vengeance on those who exploited him? A thrill-a-minute mystery, capped by an astonishing denouement!

Account Settled
Copy and paste the code into your website.
New here? Learn how to read digital books for free