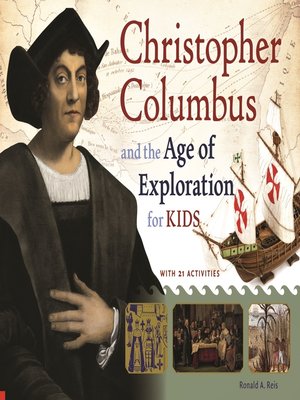 Christopher Columbus and the Age of Exploration for Kids

With 21 Activities · For Kids

by Ronald A. Reis

Taking a comprehensive, nuanced, and inclusive approach to Christopher Columbus, this illuminating biography with activities for young readers places him in the context of the explorations that came before, during, and after his lifetime. It portrays the "Admiral of the Ocean Seas" neither as hero nor heel, but as a flawed and complex man whose significance is undeniably monumental. Providing kids, parents, and teachers with a fuller picture of the seafaring life and the dangers and thrills of exploration, author Ronald Reis details all four of Columbus's voyages to the New World, not just his first, and describes the year that Columbus spent stranded on the island of Jamaica without hope of rescue. A full chapter is devoted to painting a more complete and complex portrait of the indigenous peoples of the New World and another to the consequences of Columbus's voyages—the exchange of diseases, ideas, crops, and populations between the New World and the Old. Engaging cross-curricular activities, such as taking nautical measurements, simulating a hurricane, making an ancient globe, and conducting silent trade, elucidate nautical concepts introduced and the times in which Columbus lived.

Ronald A. Reis is the technology department chair at Los Angeles Valley College. He has a bachelor's degree in applied technology and a master's degree in the social sciences and has taught at the middle school, high school, and community college ...

More about Ronald A. Reis
Christopher Columbus and the Age of Exploration for Kids
Copy and paste the code into your website.
New here? Learn how to read digital books for free