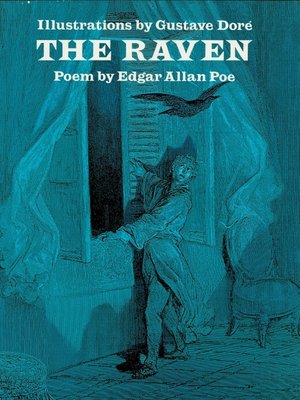 In Gustave Doré, one of the most prolific and successful book illustrators of the late 19h century, Edgar Allan Poe's renowned poem The Raven found perhaps its most perfect artistic interpreter. Doré's dreamlike, otherworldly style, tinged with melancholy, seems ideally matched to the bleak despair of Poe's celebrated work, among the most popular American poems ever written.
This volume reprints all 26 of Doré's detailed, masterly engravings from a rare 19th-century edition of the poem. Relevant lines from the poem are printed on facing pages and the complete text is also included. Admirers of Doré will find ample evidence here of his characteristic ability to capture the mood and meaning of a work of literature in striking imagery; lovers of The Raven will delight in seeing its mournful musing on love and loss given dramatic pictorial form.
A selection of the Common Core State Standards Initiative.