The Light Princess and Other Fairy Tales 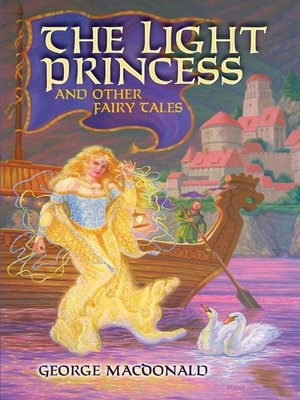 Good and evil fairies abound in this rich collection of compelling tales by one of the foremost fantasy writers of the nineteenth century. So do magical lands, sinister monsters, giants, ogres, and other creatures from the realm of the imagination.

In "The Light Princess," a young royal, bewitched at birth by her spiteful aunt, is cursed with uncontrollable bouts of lightness. (Gravity, it seems, doesn't affect her!) A little boy in "The Golden Key" is told he can find a magical key at the end of the rainbow. What the key will open, though, is part of its mystery. And in "The Giant's Heart," the monster in question is truly heartless, for he's hidden his heart, and it's up to two determined children to find the awful thing and put an end to the colossal ogre. These and five other beguiling tales, all delightfully illustrated by famed pre-Raphaelite painter Arthur Hughes, are sure to charm readers of all ages — those already familiar with MacDonald and those about to meet him for the first time.